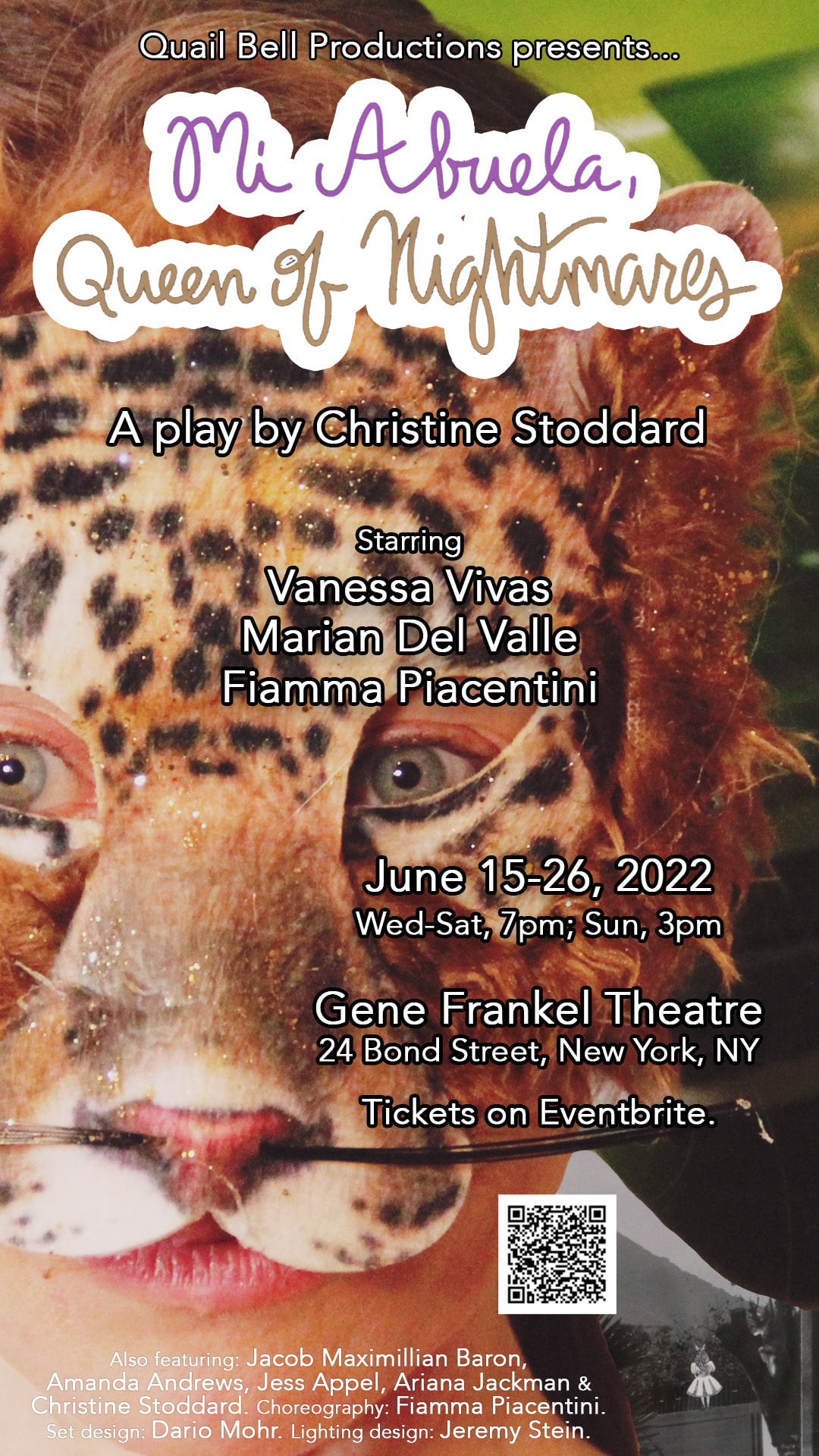 Maya, a young Salvadoran-American, navigates trauma and family mythology through magic and folklore as she comes of age in Phoenix, Arizona.
Buy Tickets Here 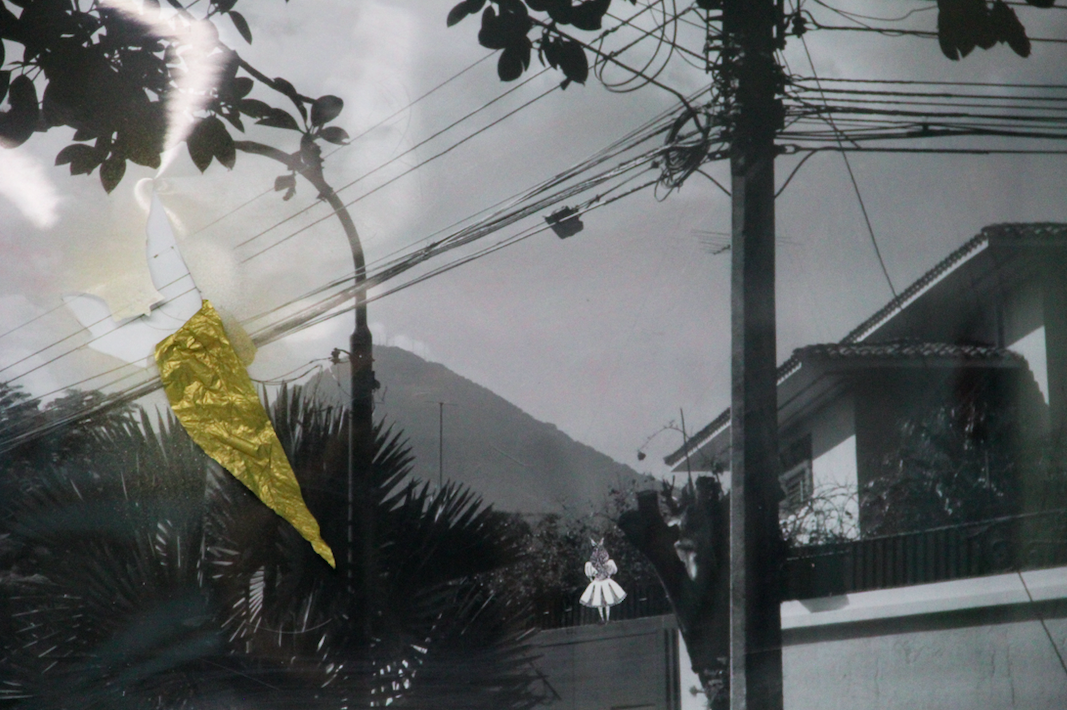 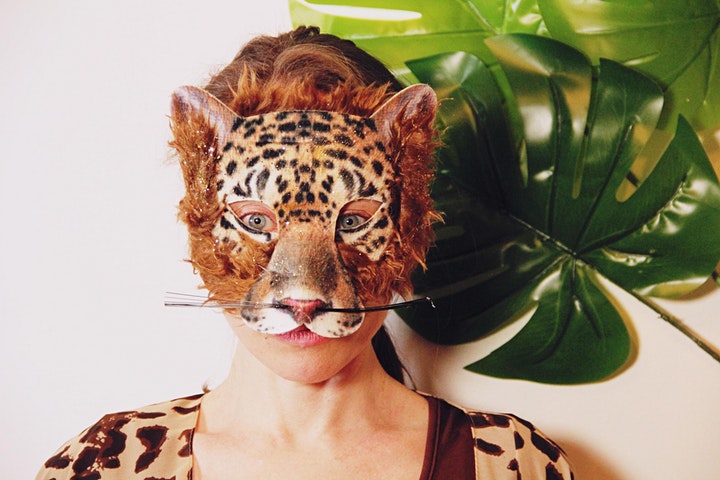 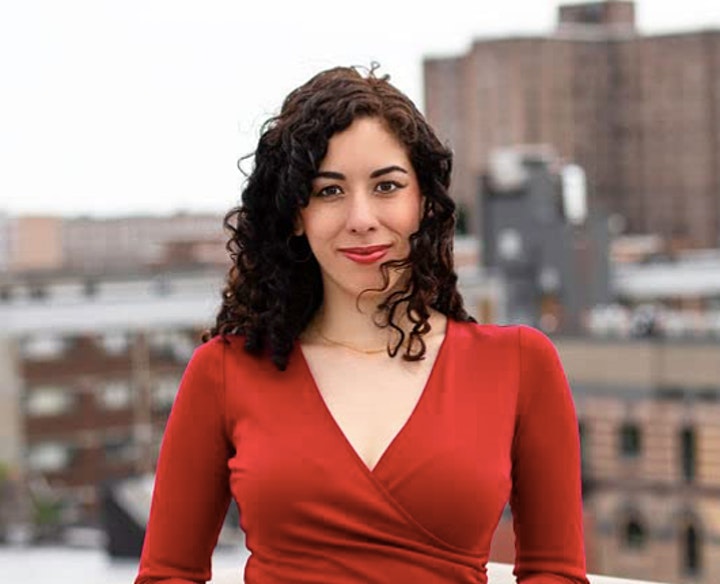 Christine Stoddard is a writer, director, actress, and multi-hyphenated artist. Recent plays as writer/director include "My Favorite Sex Toy," "Hashtag Mountain Girl," "Clowns & Otters," "Forget Fairytales," and "Cyber Cinderella" at the Broadway Comedy Club in Manhattan. She was also one of the co-writers of "A Chorus Within Her," a choreopoem commissioned by the Theater Alliance and premiered at the Anacostia Playhouse in Washington, D.C. in Fall 2021. Selected theater credits include stagings and readings at the John F. Kennedy Center for the Performing Arts, the Riant Theatre, Westbury Arts, Theater for the New City, and Teatro de la Luna, among others. Her first feature film is Sirena's Gallery, which most recently screened at Stuart Cinema in Brooklyn on May 14, 2022. It can also be streamed on Vimeo On Demand. Christine has written several books, including Heaven Is a Photograph, Desert Fox by the Sea, Naomi & The Reckoning, Water for the Cactus Woman, and others. She was the first-ever artist-in-residence at Lenox Hill Neighborhood House in Manhattan and an AnkhLave Arts Alliance fellow at the Queens Botanical Garden. She is the founder of Quail Bell Press & Productions. A graduate of VCUarts, she earned her MFA in interdisciplinary art practice from The City College of New York. Find out more about her work at WorldOfChristineStoddard.com. Instagram/Twitter: @stoddardsays 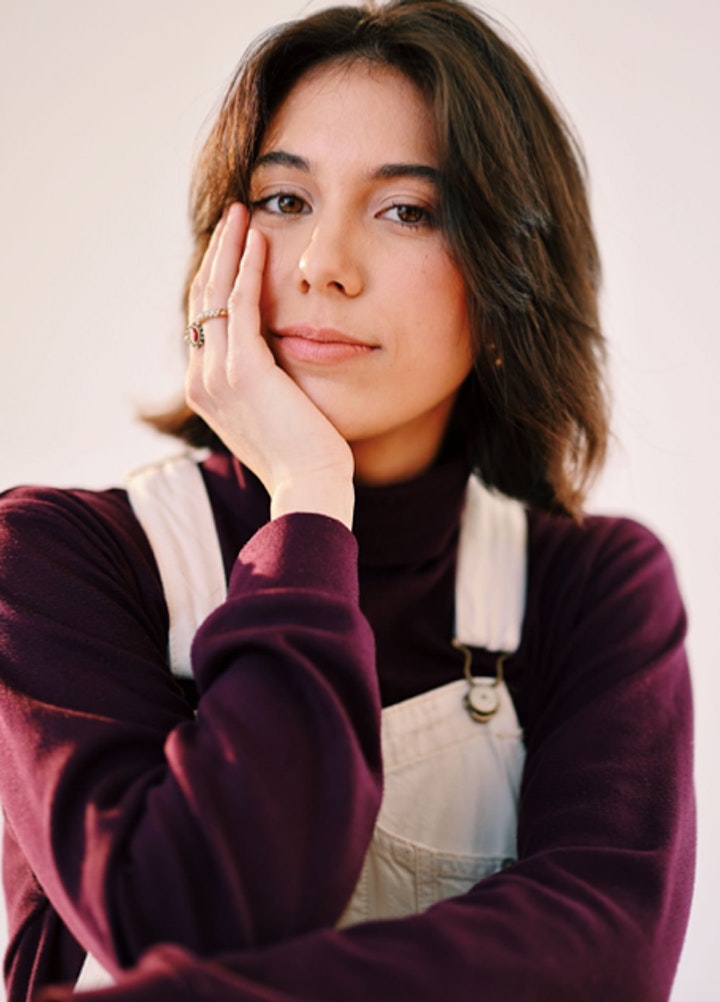 Vanessa Vivas (Maya) is a Venezuelan actress, director, writer, and producer based in NYC. Raised in the city of Doha, Qatar, she has taken her hybrid identity and infused it into her work, focusing on multidimensional storytelling. Recent stage credits include the world premiere of experimental piece “Islands Never Say” (Seed #1, Grassroots Theatre Co), a reading of “Cottagers and Indians” (Director, PICT Classic), and “Last Chance for Mama” (Stage Manager, Randomly Specific Theatre). She has received honorable mentions for "Best First-Time Director (Female)" and "Best Women Short" at the Independent Shorts Awards for her directorial short film debut Transplant. Vanessa is a recent grad of Point Park University. She serves as a team member at Bad Behavior Lab, a multi-hyphenate production lab. She is also the Capes Coordinator at Capes Coaching, the industry’s premiere coaching company.
​For more and such, visit vanessavivas.com. 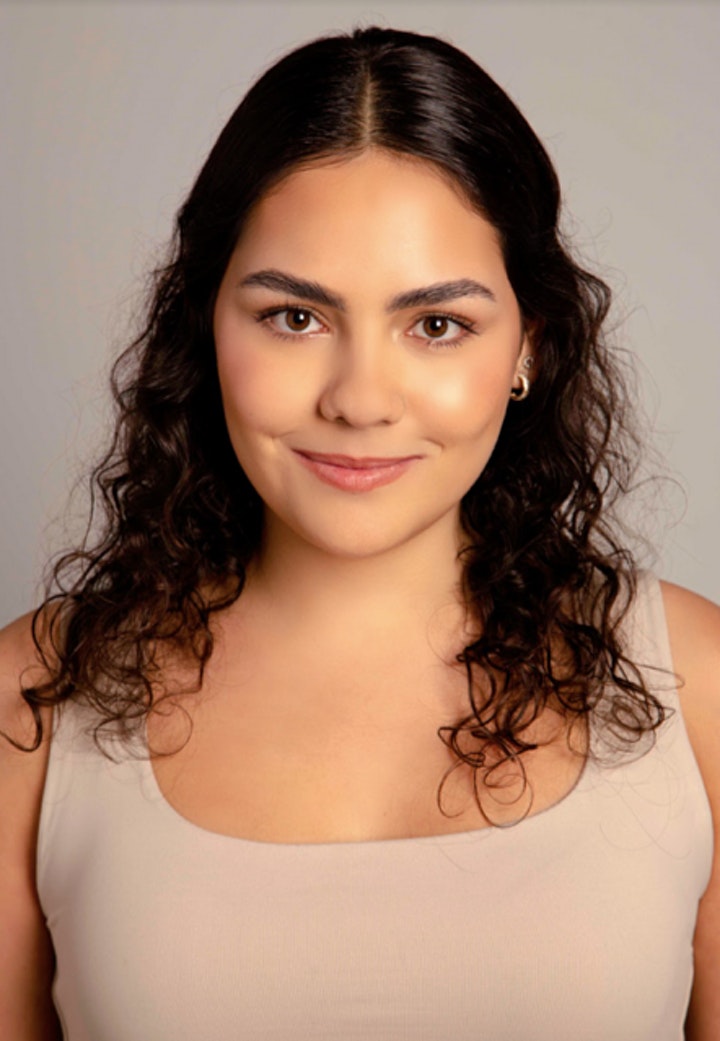 Marian Del Valle (Mami) is a Mexican performer, actress, singer, dancer, and producer based out of NYC and a recent graduate from Columbia College Chicago. Moving to the US to pursue her performing career, she has started her podcast Entre Pláticas about how she navigates her experiences in this world and finds herself. She is making her professional debut on the NY theatre scene in "Mi Abuela, Queen of Nightmares." She has worked on independent films such as El Tesoro Abandonado back in Mexico and Atlas in Chicago. She has been involved in new theatre works in college like Census and Blessing, as well. She has a huge passion for cultivating new works and opening the entertainment world to new possibilities.
​For more information about her, you can visit @mariandelvallet on Instagram. 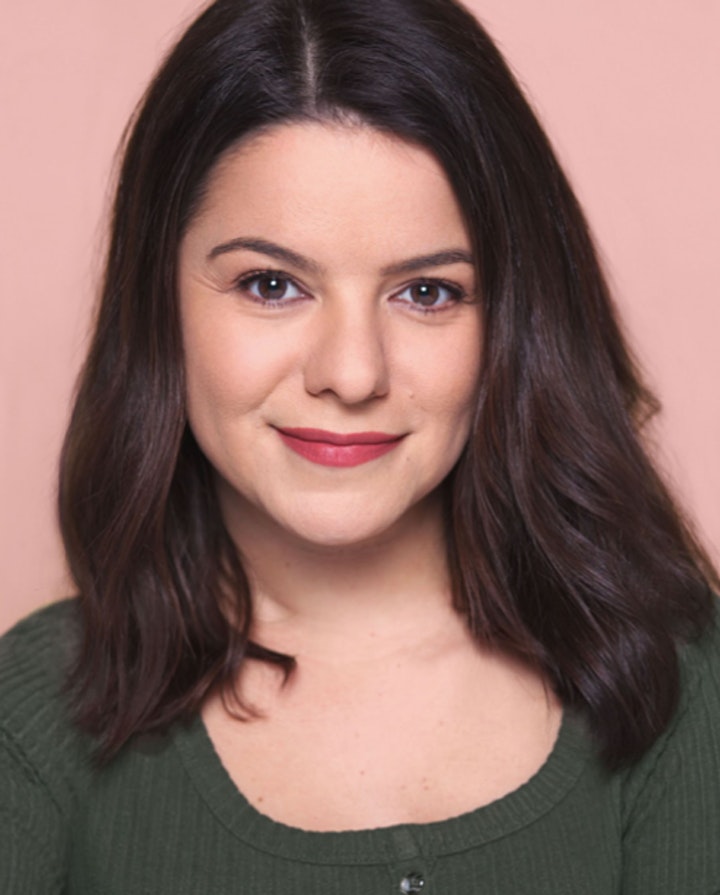 Fiamma Piacentini (Abuela) is a New York City-based actor, movement artist, director, and photographer from Mexico City, Mexico. She directed and performed in "las:sitas: a movement exploration of the divine feminine," which had its debut at the Fringe NYC Festival. Other NYC theater credits include "The House of Bernarda Alba," "By Wing, Hoof or Foot," "Macbeth," "Miss Witherspoon," "Through the Looking Glass," "Andromache," and "The Insanity of Mary Girard." She has also worked on various independent film projects. 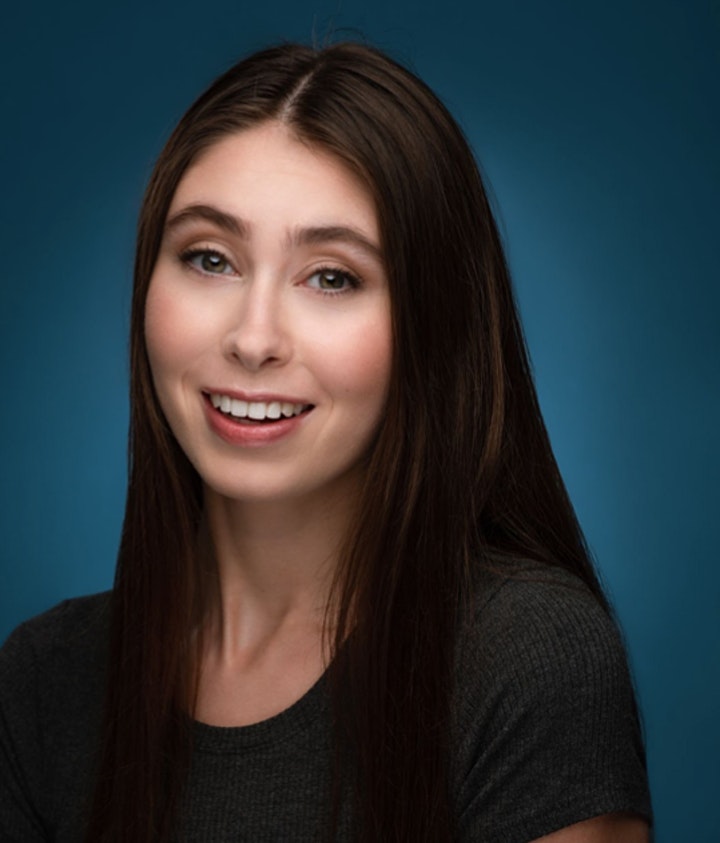 Ariana Jackman (Salvadoran Woman/Maya understudy) is a NYC-based actor and a recent graduate from AMDA. She is a cast member of The Stories of Arlyrus and The Off the Beaten Path Musical. She is a huge nerd and an avid Dungeons and Dragons player.
​You can catch Ariana playing your favorite 12-year-old, six-foot-tall Tabaxi, Kat, at https://www.twitch.tv/mayhem_gaming111?sr=a in the game Mayhem, where no one knows what is going on, not even the DM. You can also find Ariana on TikTok @arianajessica16. 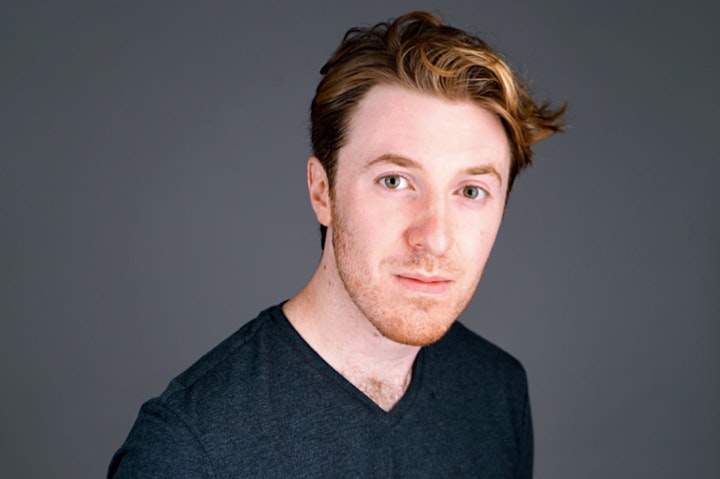 Jacob Maximillian Baron (Father/Sheriff) is a sometimes actor/sometimes filmmaker/constant pain in the neck based out of New York, NY. He has played stoners, loners, glad men and mad men, and thus can always pull from personal experience. His film work has played at numerous festivals throughout the world, including depressing experimental films he made in college and even more depressing comedies he's made since college. 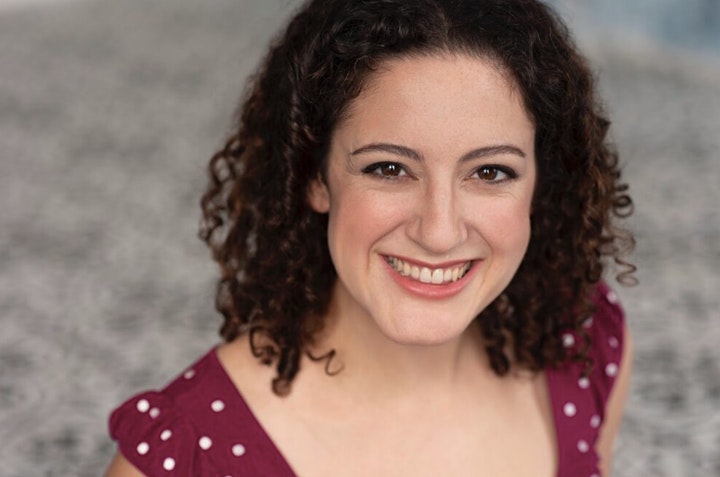 Amanda Andrews (Cactus/Owl/Jaguar & Assistant Director) has had a ball collaborating as an actress, singer, writer, and producer in NYC for almost a decade. In this past year, she has had the great honor of acting in four of Stoddard’s original comedy plays, including "Hashtag Mountain Girl," "My Favorite Sex Toy," "Cyber Cinderella," and "Forget Fairytales." In addition to performing in a variety of plays, musicals, cabarets, workshops, and films, Amanda has also performed in two pieces that she wrote and produced: “Brilliant But Off,” a rock & roll play about mental health, and “But A Dream,” a short film. She will be premiering a new one woman rock & roll play, “Everything’s Fine!”, at Joe’s Pub on August 7, 2022. In addition to creative endeavors, Amanda loves to fill her days with yoga, dogs, long walks, good friends, and adventures.
​More at AmandaAndrews.net. Instagram: @amandrews31 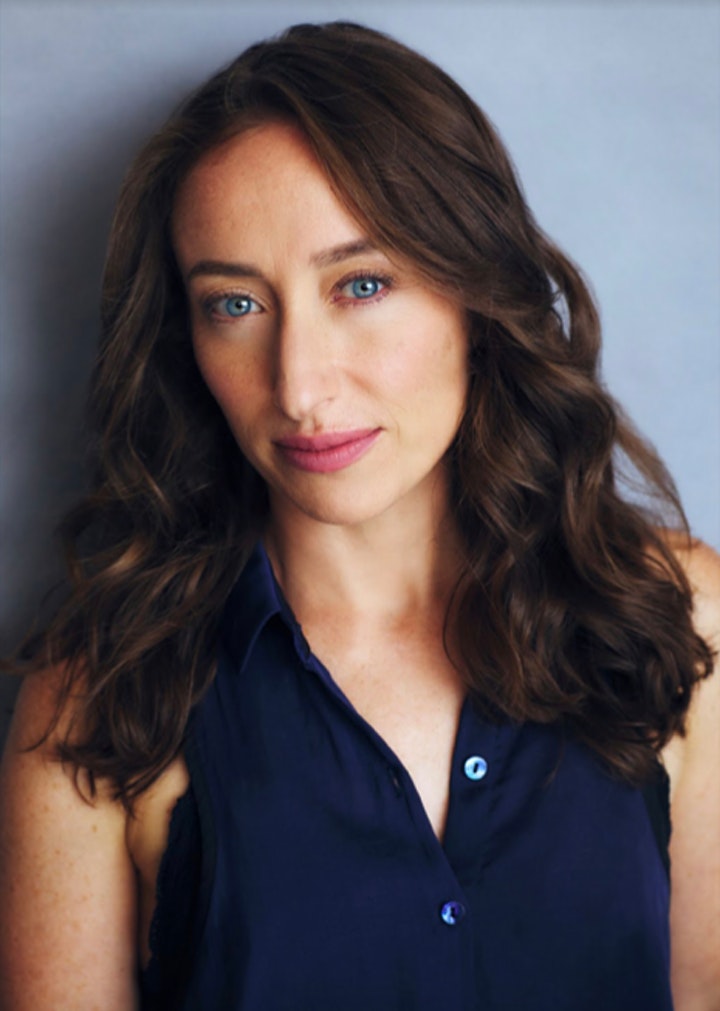 Jess Appel (Owl/Jaguar/Cactus & Line Producer) is an actor/singer/mover/producer. Her latest NYC credits include "Clowns & Otters," "Hashtag Mountain Girl," "My Favorite Sex Toy," and "Forget Fairytales," all by Christine Stoddard, where she has acted alongside fellow Owl/Jaguar/Cactus, Amanda Andrews. She is thrilled to once again be expressing herself through physical movement on the stage in a Christine Stoddard original production. Other recent credits include Snow White in "Group Therapy" at The Sugarloaf Performing Arts Center in Chester, New York, Hannah in "Night of the Iguana" under the guidance of Atlantic Theater Company’s Karen Kohlhass, and Samantha in the original indie film reading of "Out of The 80s," which she co-produced with writer/director Andre Degas.
​IG @realdealjessappeal and on the web at www.jessappel.com.

Quail Bell Press & Productions is a woman-owned creative studio and the parent of Quail Bell Magazine and various other arts, media & entertainment projects. Founded by writer, director, and multi-hyphenated artist Christine Stoddard, Quail Bell is based in Brooklyn, NY.

​Find out more at QuailBell.com.