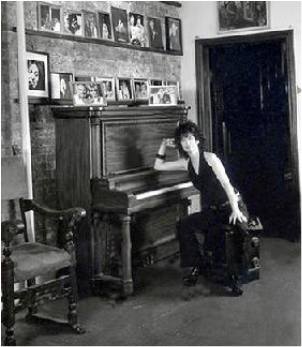 Gail Thacker, Artistic Director of the Gene Frankel Theatre was Gene Frankel’s assistant. Upon his death in 2005, she took over the helm of the theatre to keep his legacy and vision alive. 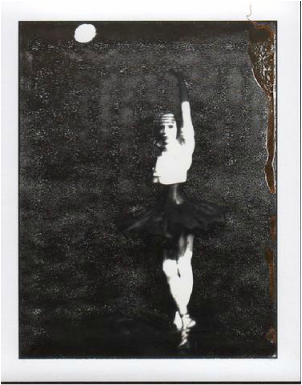 Thacker is recognized as a visual artist, most known for her unique use of type 665 Polaroid Positive/Negative film, in which her subjects—theatre people, friends, lovers, and the city—become intertwined with the process and chemistry of her photos. She attended the School of the Museum of Fine Arts at Tufts and has lived and worked in New York City since 1982. Thacker is represented by Daniel Cooney Fine Art.
​ 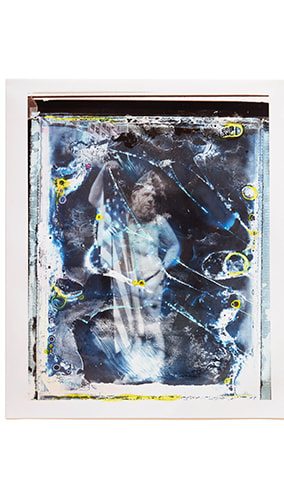 Thacker's Polaroid photography has been published and exhibited internationally. Considering herself a Pataphysician, her work explores a made-up neuroscience, which investigates a state between remembering and forgetting -- Thacker's work has been seen in exhibitions at museums and galleries including Centro Galegode Arte Contemporánea (CGAC), Santiago, Spain and Safety Gallery, the June Bateman Gallery, Elizabeth Dee Gallery, Clamp Art and Participant Inc in New York.  Her Polaroid work is included in such collections as Leslie -Lohman Museum of gay & lesbian art, The Polaroid Collection (Somerville, Massachusetts USA), FotoMuseum(Winterthur, Switzerland), CGAC (Santiago, Spain), the Fisher Collection (Florida, USA) and The New York Public Library and featured in publications such as, The Polaroid Book (TaschenPublication), There was a Sense of Family; The Friends of Mark Morrisroe (Moderne KunstNürnberg), Mark Dirt (Paper Chase Press), Tabboo! The Art of Stephen Tashjian (D.A.P. Distributed Art Publishers, Inc.).  Along with articles in such newspapers and magazines such as The New York Times, The Daily News, The New York Press, The New Yorker, Providence Town Magazine and The Village Voice. And a soon to be released book on her Polaroid art  which will include an introduction by Rafael Sánchez and essays by Eileen Myles, Barbara Hitchcock and Manuel Segade. To be published by The City University of New York Press.