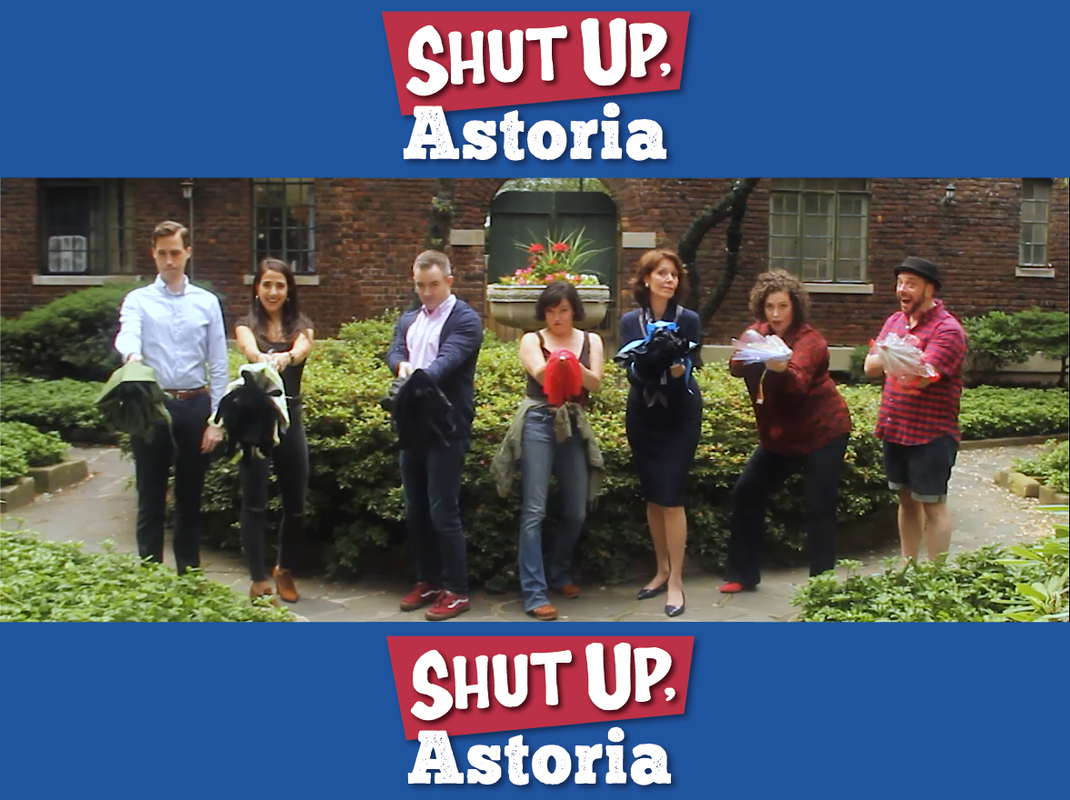 SHUT UP, ASTORIA
A LIVE Studio Taping of a Brand New Sitcom!
​by Guy Olivieri  | Directed by Neil Fennell
Featuring: Kate Middleton, Guy Olivieri, Rob Maitner, Lucia Spina,Stephen Heskett, Sinem Gulturk, and Lynne Wintersteller
​
THE GENE FRANKEL THEATRE
24 Bond St, Manhattan NYC
November 1, 5pm & 9pm
November 2, 3pm & 9pm​​
Tickets: $20 suggested donation
Email: RSVP@groundupproductions.org
About SHUT UP, ASTORIA...
​
Twins Scott and Laurie are about to turn 40 and are facing the fact that their lives have not turned out how they imagined.  They have no careers, no money and they are about to lose their home.  But what they do have is a great group of friends.  Maybe they can all learn how to survive middle age by leaning on each other!
​
Shut UP, Astoria – a traditional, three-camera sitcom pilot filmed in front of a live, studio audience –  is a collaboration between Group UP Productions, a staple New Yorks’s independent theater scene with over a decade of acclaimed productions, and Off-Off Hollywood Productions, which has produced award-winning digital sitcoms and short films that have screened all over the world.

“I’m not sure this has ever been attempted by an indie company, so I say, ‘Let’s go!’”
...says writer/producer Guy Olivieri, who also plays Scott in the pilot.

Neil Fennell, who collaborated with Olivieri and Maitner on the award-winning sitcom pilot FreakMe, will be directing, and multiple Emmy-winner Duane Ferguson will serve as Director of Photography with Ethan Jones as co-Director of Photography.  The set will be designed by noted designer and Ground UP favorite, Travis McHale (Frankie and Johnny, Sunset Boulevard, Something Rotten).