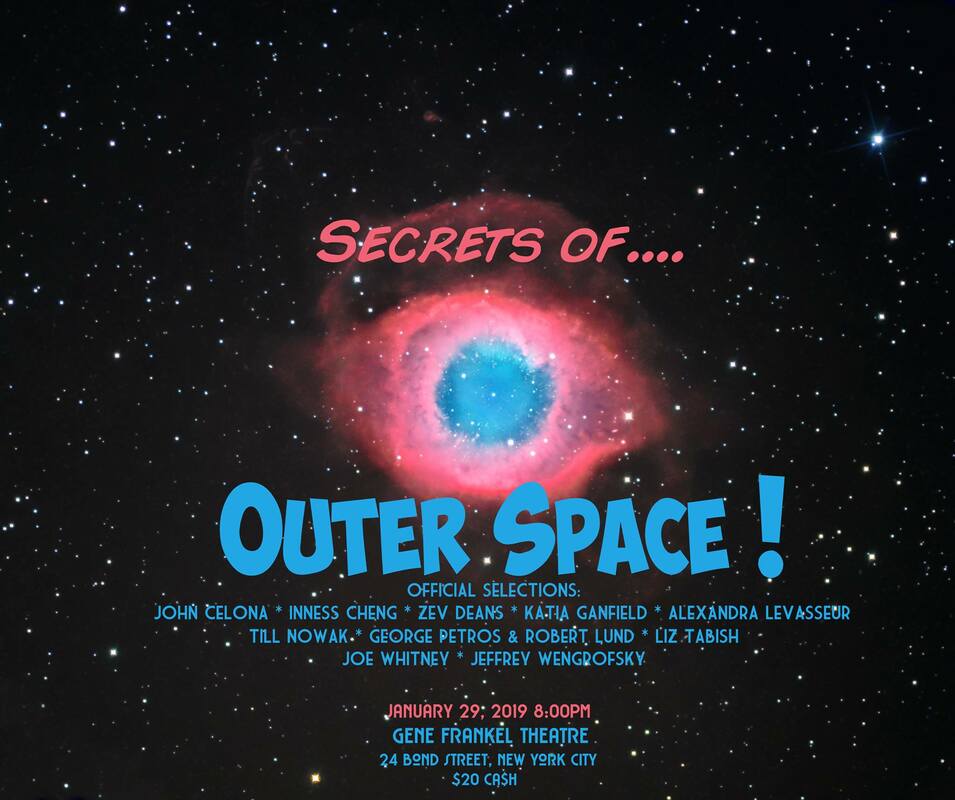 Secrets of Outer Space: Into the Great Beyond, a short film festival dedicated to exploring outer space, extra-terrestrial life, and alternative dimensions through cinema, will premiere on January 29, 2019 at the Gene Frankel Theatre at 8:00.