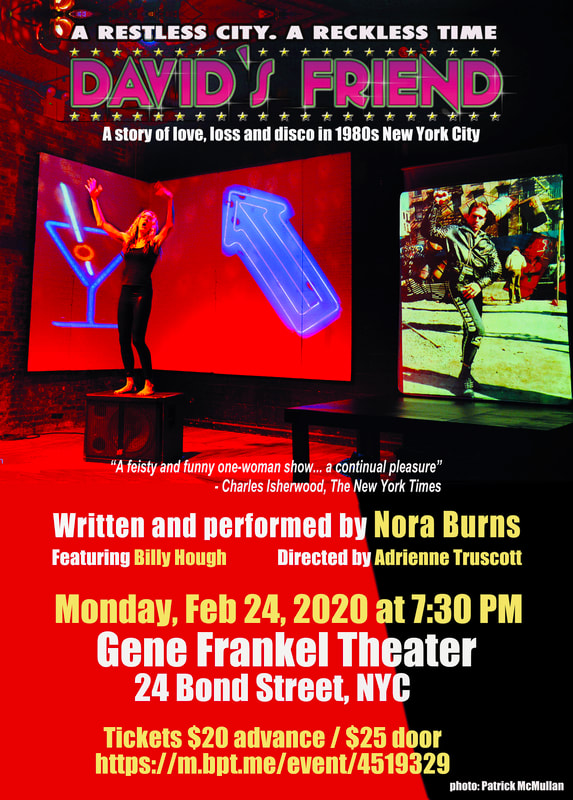 “her odyssey will bring alive the period and its pleasures (and poisons) with pungent animation”
Charles Isherwood, The New York Times

“The show delivered on all fronts -- it's funny, it's nostalgic, it's touching, it's poignant and it's smart.”
Kenneth in the 212

“The beauty of “David’s Friend” is, you didn’t have to be there. Burns was, and she brings it alive for the rest of us.”
Marc Miller, NY Theatre Guide

"Nora is leading the charge out of our collective PTSD with love, humor and pelvic thrusts." - Ann Magnuson

“A potent performance about the passing of a great era, beautifully captured, with wells of compassion and funniness. I wish I had known David, but now I do.” - Sandra Bernhard

“Brave and sad and thrilling and painful and raw and so magical.” - Tony Tripoli - Fashion Police

“Hilarious and incredibly moving - captures a moment in time so many of us closed the door on.” - Jennifer Coolidge

“A beautiful tribute to NYC, nightlife, and an era that was truly magical…I can’t say enough good things about it.” - Miss Guy