Cassandra Through The Ages
​By Anne-Marie Sapse 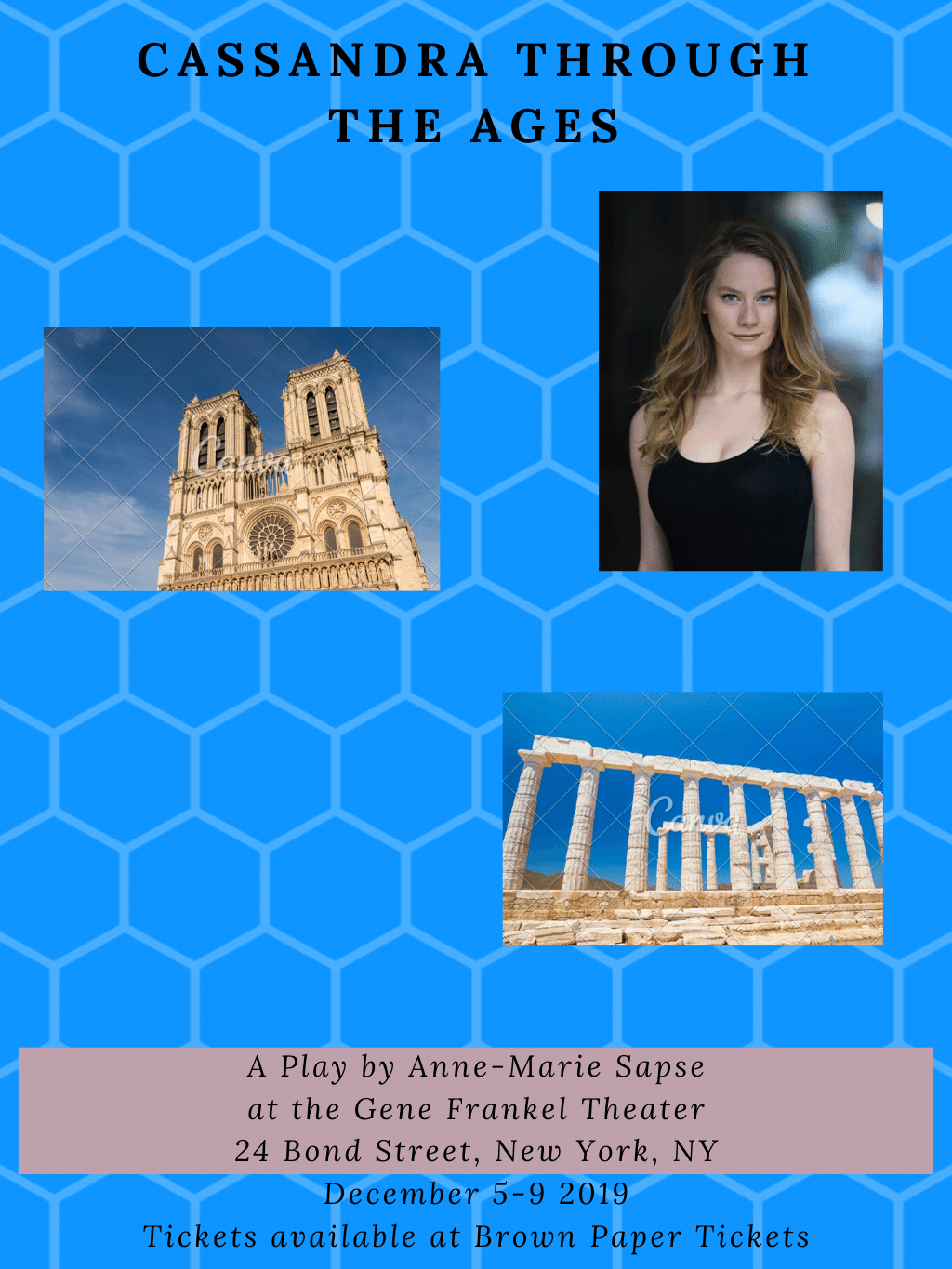 "Anne-Marie Sapse’s Three Act Play Cassandra Through the Ages at The Gene Frankel Theatre takes the audience through mythology, history, and modern times"

From the Trojan War to our days, Cassandras predict threatening dangers. They are not believed. Will she be believed now?​

The play will be performed at The Gene Frankel Theatre, 24 Bond Street, New York, NY and will also be performed in Paris, France from January 22, 2020 to February 1, 2020 at the Theatre de L’Archipel.
Play Synopsis:

The god Apollo fell in love with Cassandra, the daughter of Priam and Hecuba, the king and queen of Troy. In order to prove his love, he gives her the gift of prophesy. However, when she sees the fate of Troy, she is desperate and refuses Apollo’s love. As a punishment, he makes it such that nobody will believe her prophesies.

Cassandra Dupré, a young French history teacher predicts a dim future for our civilization unless strong measures are taken. She is considered mentally ill but the play ends with her prediction that this time, our civilization will survive.
The production company is Hecuba, LLC. It can be contacted at the email address dbell02@aol.com.

Tickets can be purchased at Brown Paper Tickets. The price is $20, and $10 for students.